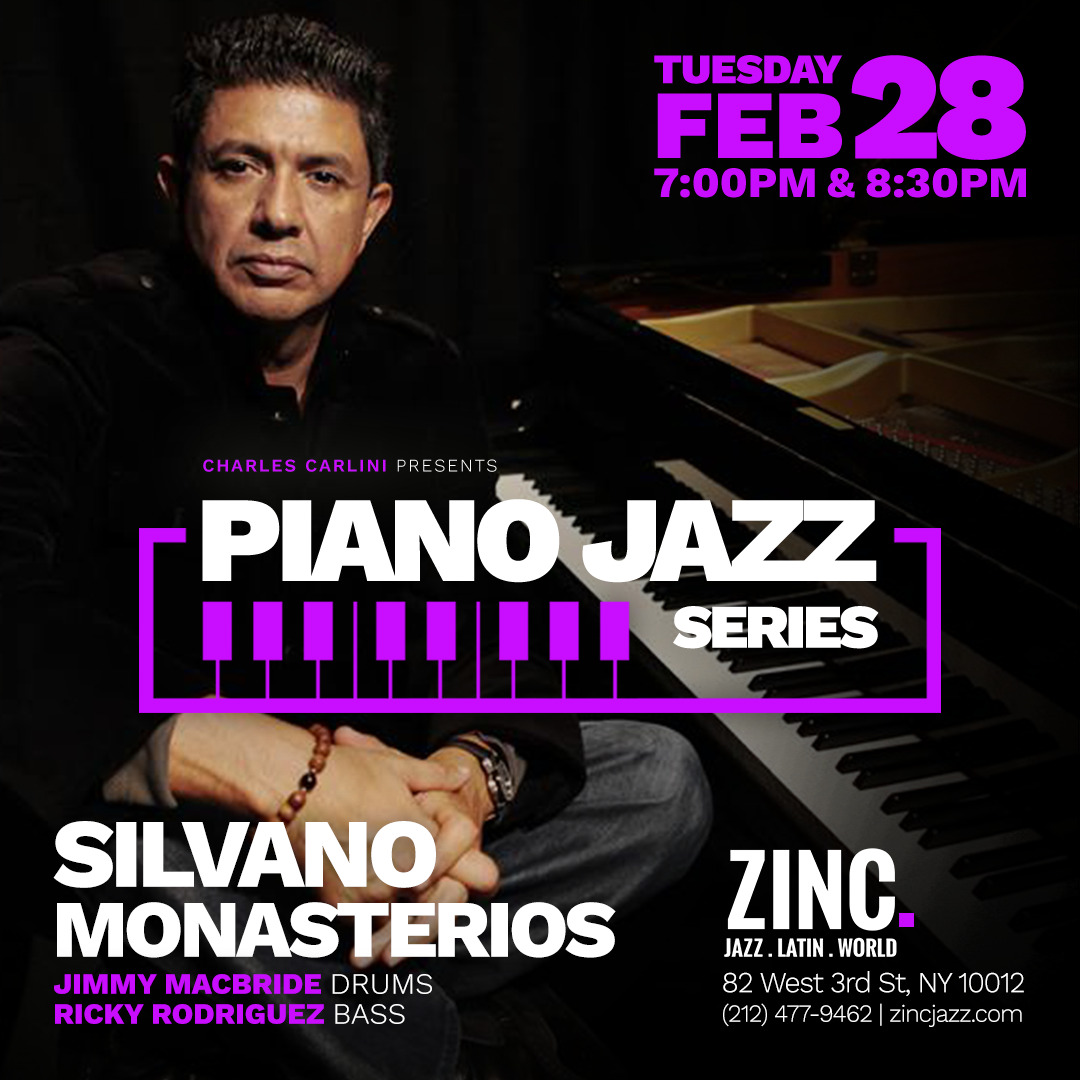 Join us on Tuesday, February 28th as acclaimed Venezuelan jazz pianist Silvano Monasterios and his trio bring their talent to Zinc for a night of exceptional jazz piano. Supported by bassist Ricky Rodriguez and drummer Jimmy Macbride, this is a performance you won’t want to miss.

Silvano Monasterios is a pianist-composer hailing from Caracas, Venezuela. He received his early music training at the Jose Angel Lamas Conservatory while also immersing himself in the diverse world of American jazz. At the age of 18, he began his professional career performing and recording with some of the most prominent Venezuelan artists of the time. In 1989, Monasterios traveled to Miami to participate in the Miami Jazz Festival, where he received a “Best Soloist Award.” He later immigrated to the United States to study at Miami-Dade College on a scholarship. Monasterios received additional recognition, including an “Outstanding Soloist Award” at the University of Colorado in 1991 and a music scholarship from the University of Miami, where he earned a Bachelor of Music degree in 1995. In 1998, he was voted “New Artist of the Year” at the Hennessey Cognac Jazz Search in New York City, leading to a performance at the Playboy Jazz Festival and the release of his debut album, “Roads Not Taken,” which garnered critical acclaim in the US and Latin America.

Showtimes are at 7:00 PM and 8:30 pm. Tickets are available in advance for $30 or can be purchased on the day of the show for $35. For more information, please visit http://zincjazzcom.