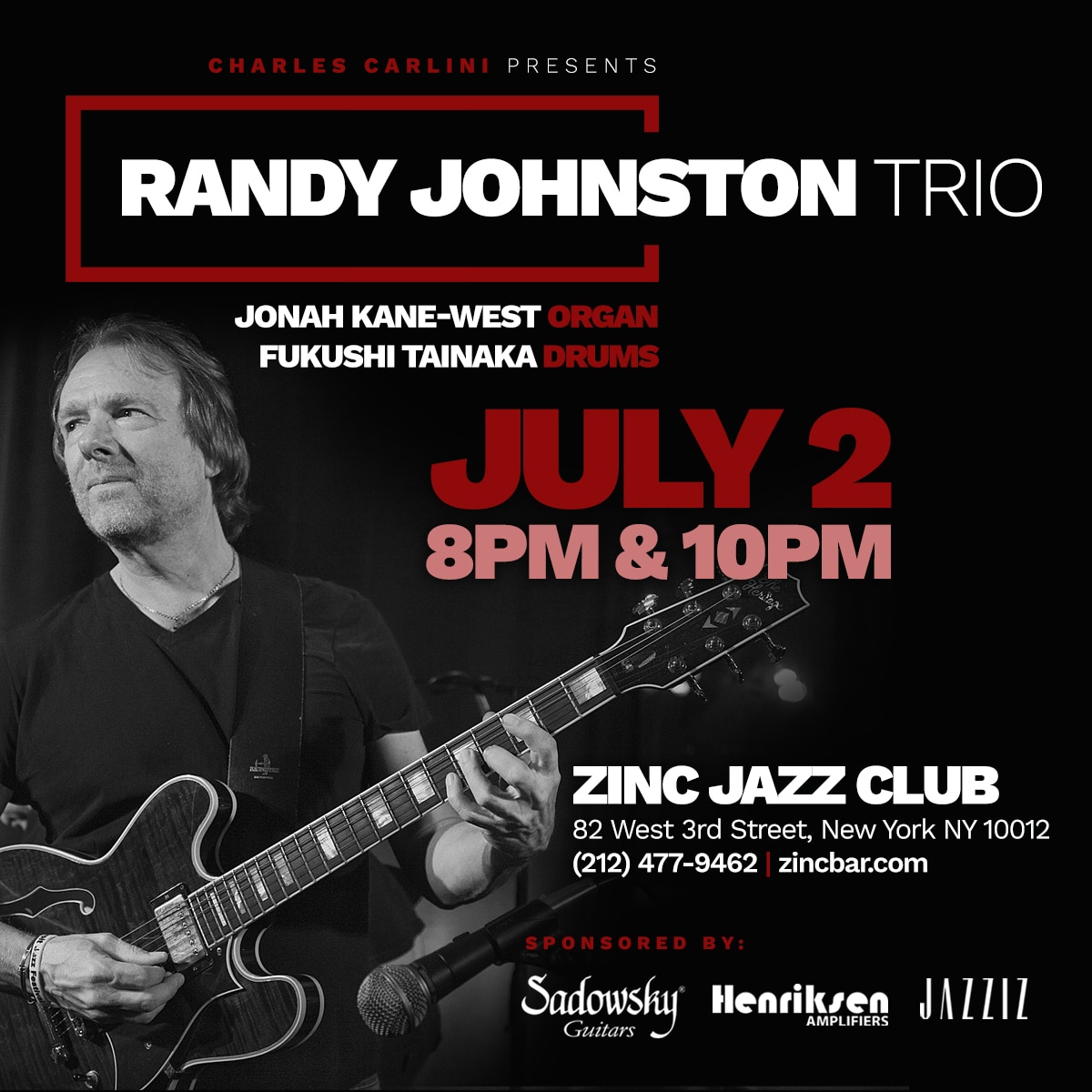 Randy Johnston is one of the most widely recorded and prolific guitarists of his generation. He has released 12 albums as a leader for the Muse, Highnote, J Curve, Mel Bay, and Random Act labels and has appeared on dozens of recordings with other top recording artists. In addition to his recording career, Randy has toured and played with some of the most acclaimed names in jazz, including Lionel Hampton, Houston Person and Etta Jones, Lonnie Smith, and has played for 17 years as a regular member of the Lou Donaldson Quartet. He has traveled the world concertizing, both as a bandleader and side musician, performing at the top clubs and festivals all over the United States, Europe, Japan, Thailand, and South America.