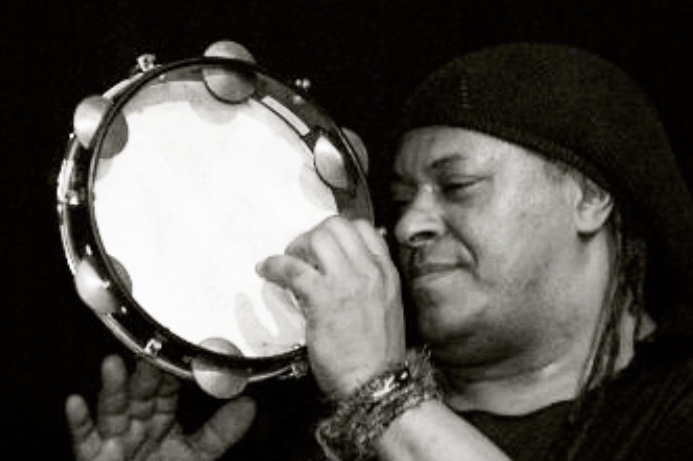 Born in Sao Paulo, Brasil, Valtinho’s journey as a musician started as a child, inspired by the very streets he grew up on. This young musician soon realized that his love was with the many percussion instruments that pervaded the music of one of the richest musical cultures on the planet, and slowly, he learned to master the congas, the pandeiro, the berimbau, the agogos, the abes, the caixas and more. His voice then became the bridge upon which his craft took form. He went on to play and learn from some of Brasil’s top musicians, including Elis Regina, Wilson Simonal, Djavan, Milton Nascimento, Egberto Gismonti. Valtinho’s time in Tokyo led him to work with Japanese legends such as Terumasa Hino, Kazumi Watanabe. Toki Hidefumi and the luminous Ryuichi Sakamoto, with whom he toured in 1994 on the unforgettable ‘Sweet Revenge’ ticket. A live concert in Nihon Budokan also sealed his potential as a sessionist and accompanist extraordinaire, and meeting and playing with the great Jaco Pastorius was a moment that he would never forget. His next stop, New York City, turned out to be a career move that continued to help hone his craft and extended his experience and repertoire beyond his wildest dreams. Gigs with diverse musicians like Victor Bailey, Omar Hakim, Mongo Santamaria, Charlie Palmieri, Eddie Gomez, Kenny Barron, Toshiko Akiyoshi, Bill Cosby, Astrud Gilberto, Alex and Eddie Van Halen, and the Grammy-winning McCoy Tyner gave this Brasilian musician all the breaks he would ever need, leading him to spend part of his life in a city that lived and breathed music. He once said, “From then on, there were no more u-turns, I was dreaming with eyes wide open.”