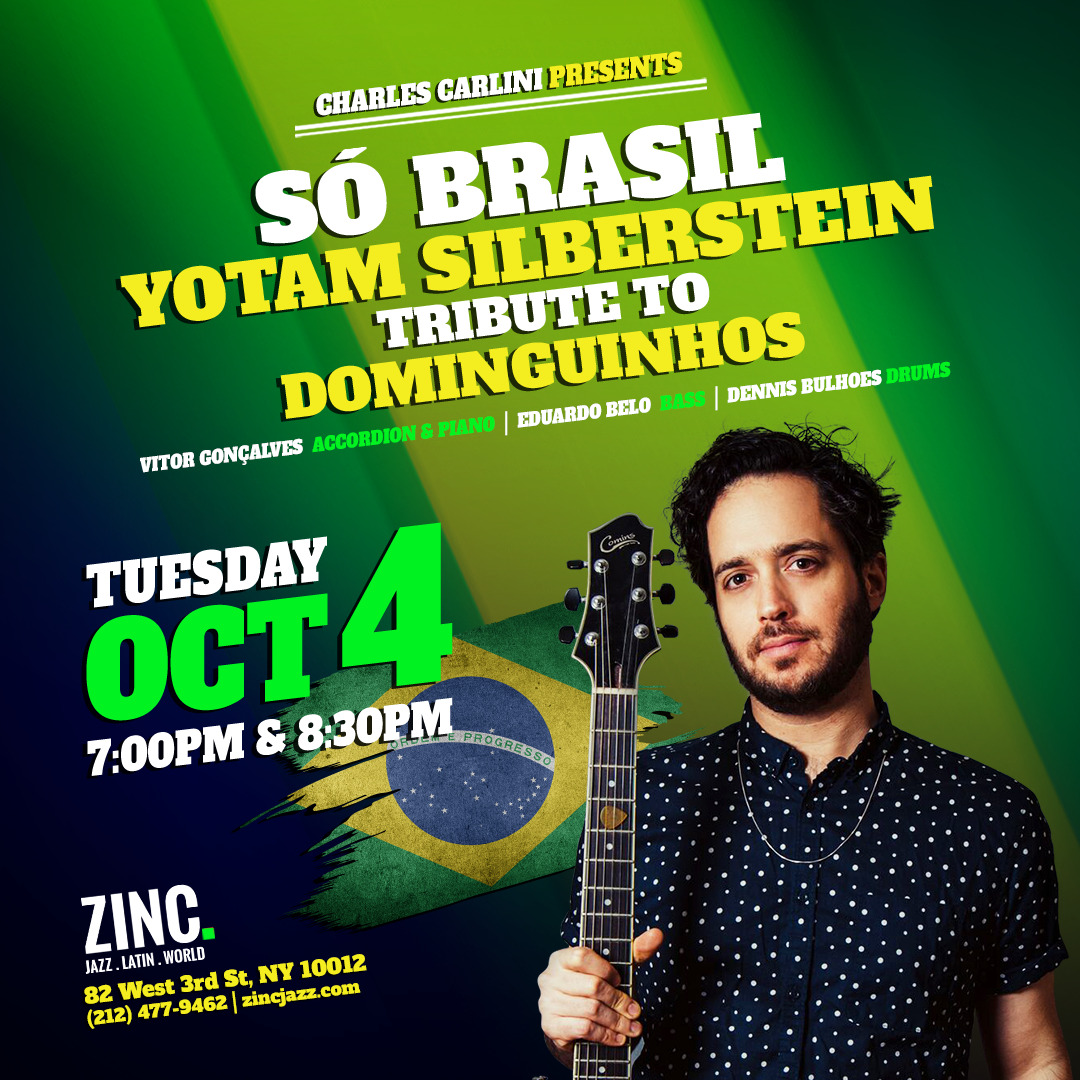 “Since his arrival in New York in 2005, Israeli guitarist Yotam Silberstein has made an impact on the scene with his precision bebop lines and fleet-fingered improvisations.” —JazzTimes

In only six years since landing in New York, internationally acclaimed guitarist Yotam has earned a well-deserved spot among the Jazz elite by collaborating with legendary musicians such as James Moody, The Heath Brothers, Paquito D’Rivera, Monty Alexander, Roy Hargrove, and the Dizzy Gillespie Alumni All-Stars.

Yotam’s mastery of the guitar is featured on an array of hit albums, ranging from his recent releases, “Resonance” and “Brasil” on the Jazz Legacy Productions label, to Monty Alexander’s Grammy-nominated “Harlem-Kingston Express Live!”