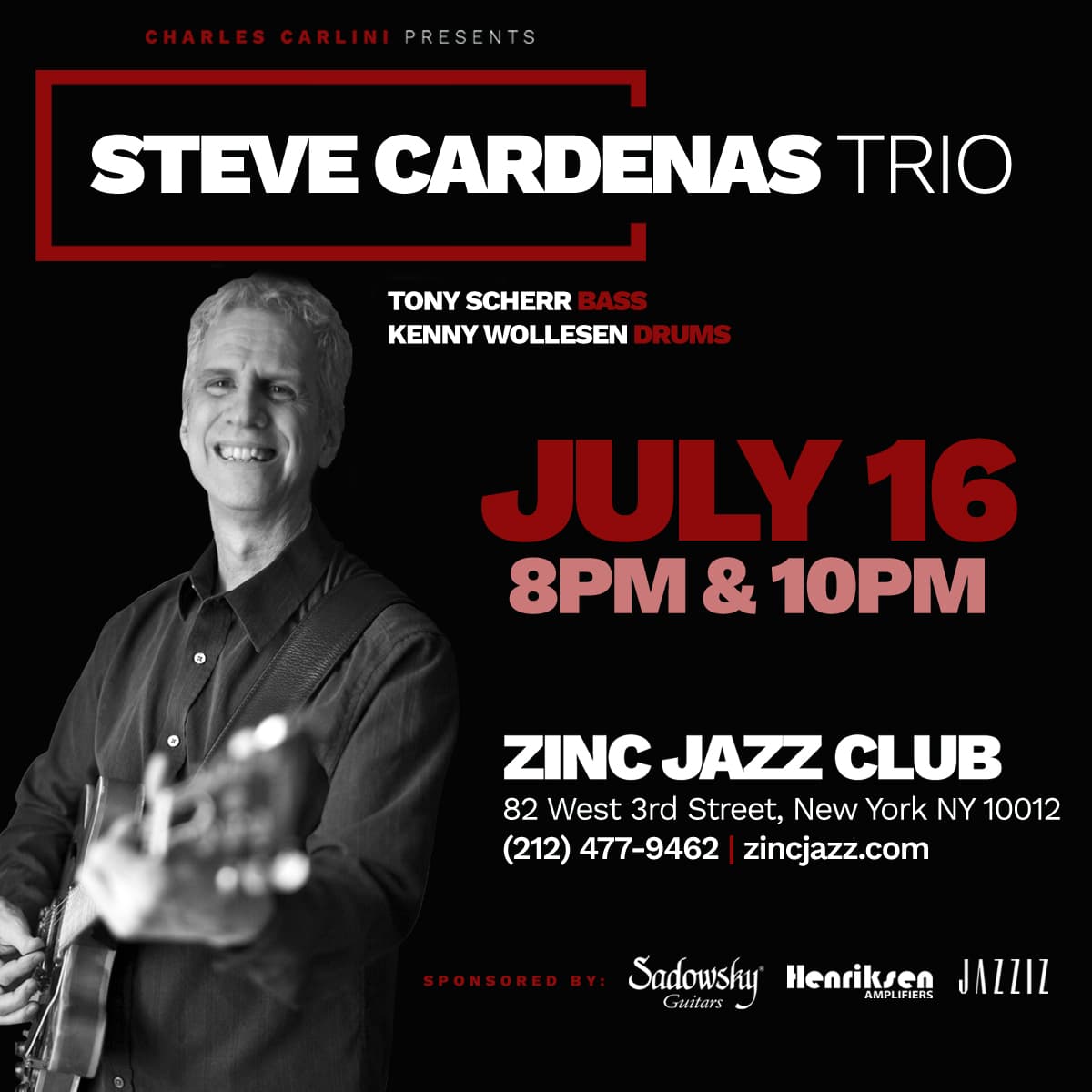 Steve Cardenas has many diverse credits as a performer and recording artist. Beginning his musical career in his hometown of Kansas City, he has been an integral part of the New York City jazz community since 1995. Steve has performed with many well-known and highly esteemed musicians. Notably, he was a longstanding member of the Paul Motian Electric Bebop Band (which later became the Paul Motian Octet) as well as Joey Baron’s band, Killer Joey. Steve is currently a member of the Charlie Haden Liberation Music Orchestra, Steve Swallow Quintet and the Ben Allison Band. He has toured the U.S., Canada, Europe and South America extensively, performing at numerous jazz festivals including the North Sea Jazz Festival and Montreux Jazz Festival several times. In addition, Steve leads his own trio performing at various venues around New York City.