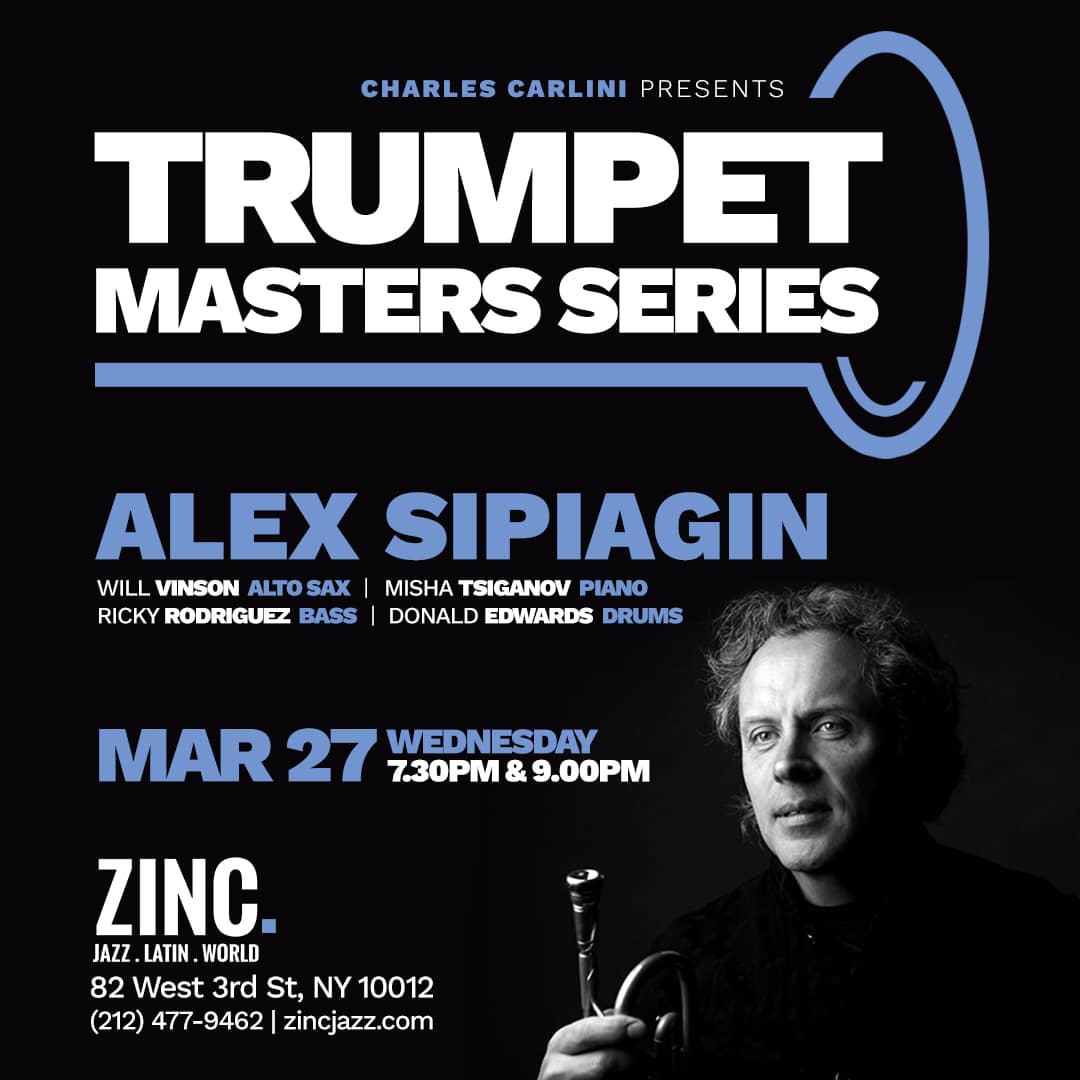 Jazz Festivals worldwide have seen Alex Sipiagin performing with the likes of Dave Holland, Michael Brecker, the Mingus groups, etc. Born on June 11, 19,67 in Yaroslavl, Russia, Alex began studying the trumpet at age 12, studying at the Moscow Music Institute and the Gnessin Conservatory in Moscow where he received his Baccalaureate. In 1990, Alex participated in the International Louis Armstrong Competition sponsored by the Thelonius Monk Institute in Washington D.C. winning top honors and soon after relocated to the jazz mecca of the world, New York City.

In 2003 he recorded with Michael Brecker’s Quindectet touring also with the Michael Brecker Sextet. Alex has also worked with Eric Clapton, Dr.John, Aaron Neville, Elvis Costello, Michael Franks, Dave Sanborn, Deborah Cox, legendary producer Phil Ramone, Gonzalo Rubalcaba, etc., and many of the recordings he has been involved in has been nominated and/or won the Grammy’s (Dave Holland Big Band’s “What Goes Around,” and “Overtime,”Michael Brecker’s Qindectet “Wide Angles”).

As a soloist, Sipiagin has eleven recordings out to his credit and has toured extensively throughout Europe, U.S., Japan, and Russia with his own group. He also teaches at the Groningen Prince Claus Conservatory, Academy of Music, Basel, Switzerland as well steady professorship at NYU.