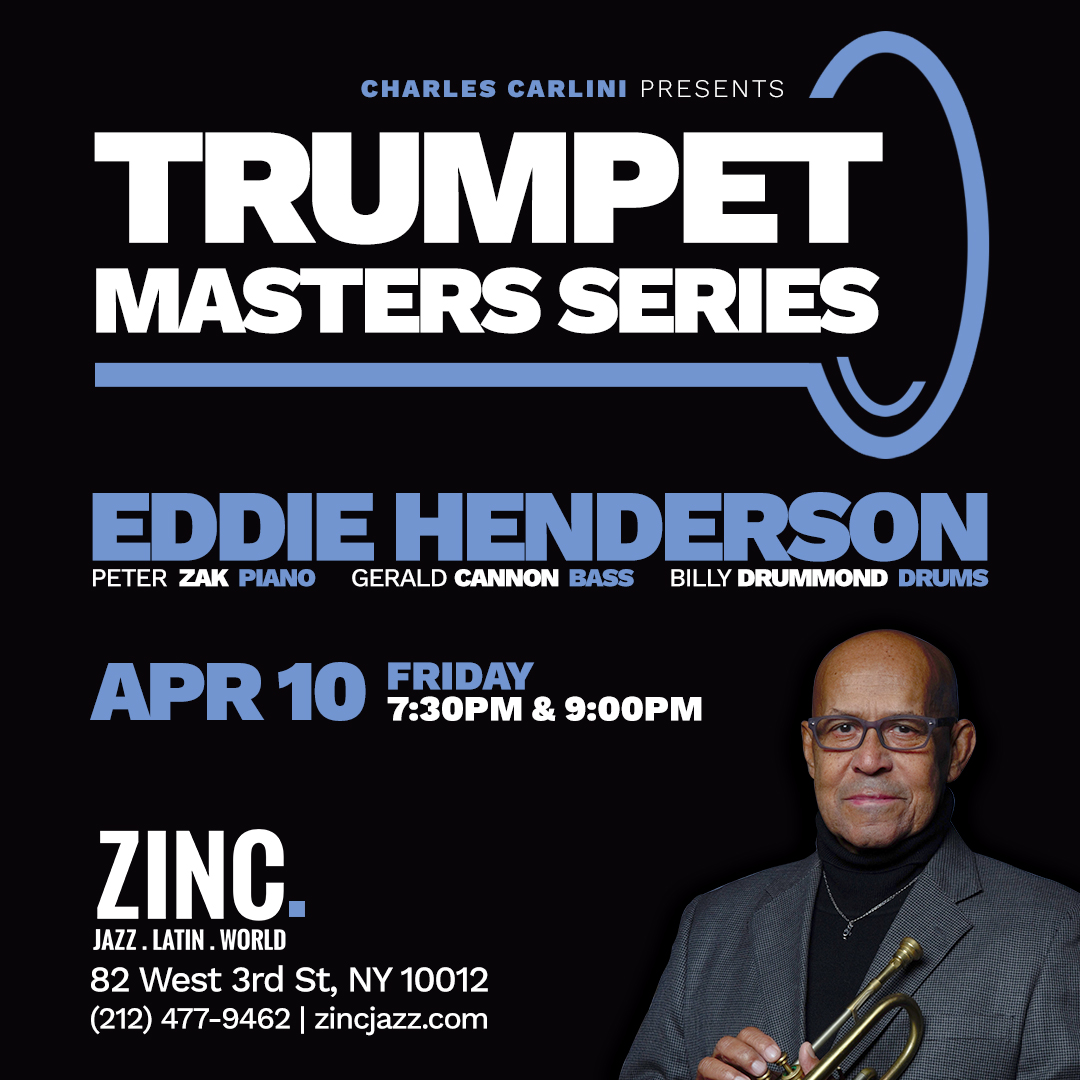 “Eddie Henderson is one of today’s top and most original jazz trumpet players.” —All About Jazz

Eddie Henderson’s wildly diverse and accomplished career began in a most appropriately lofty way: His first trumpet lessons as a young boy were given by Louis Armstrong. It was a connection made through the musical careers of Henderson’s parents; his father a singer with the Charioteers and his mother a dancer at the Cotton Club.

A native of New York City, Henderson relocated with his family to San Francisco by the age of 14. He studied at the San Francisco Conservatory of Music from 1954 to 1956 and drew the praise of Miles Davis, a friend of the Henderson family who came to know Eddie while visiting his parents during tour stops in town.

After serving in the Air Force from 1958 to 1961, Henderson became the first African American to compete for a national figure skating championship, winning the Pacific and Midwestern titles. Soon after, he began to pursue dual careers in medicine and music, earning a Bachelor of Science in zoology at the University of California at Berkeley, and an MD at Howard University Medical School four years later.

As Henderson’s medical career took root in California, he also drew his first worldwide recognition for his jazz trumpet playing from the popular recordings he made with Herbie Hancock’s Mwandishi group during the early ’70s. He has since earned acclaim for decades of performances with such luminaries as Pharoah Sanders, Art Blakey, Elvin Jones, Johnny Griffin, Slide Hampton, McCoy Tyner, Benny Golson, Max Roach, Jackie McClean, Dexter Gordon, Roy Haynes, and Joe Henderson.