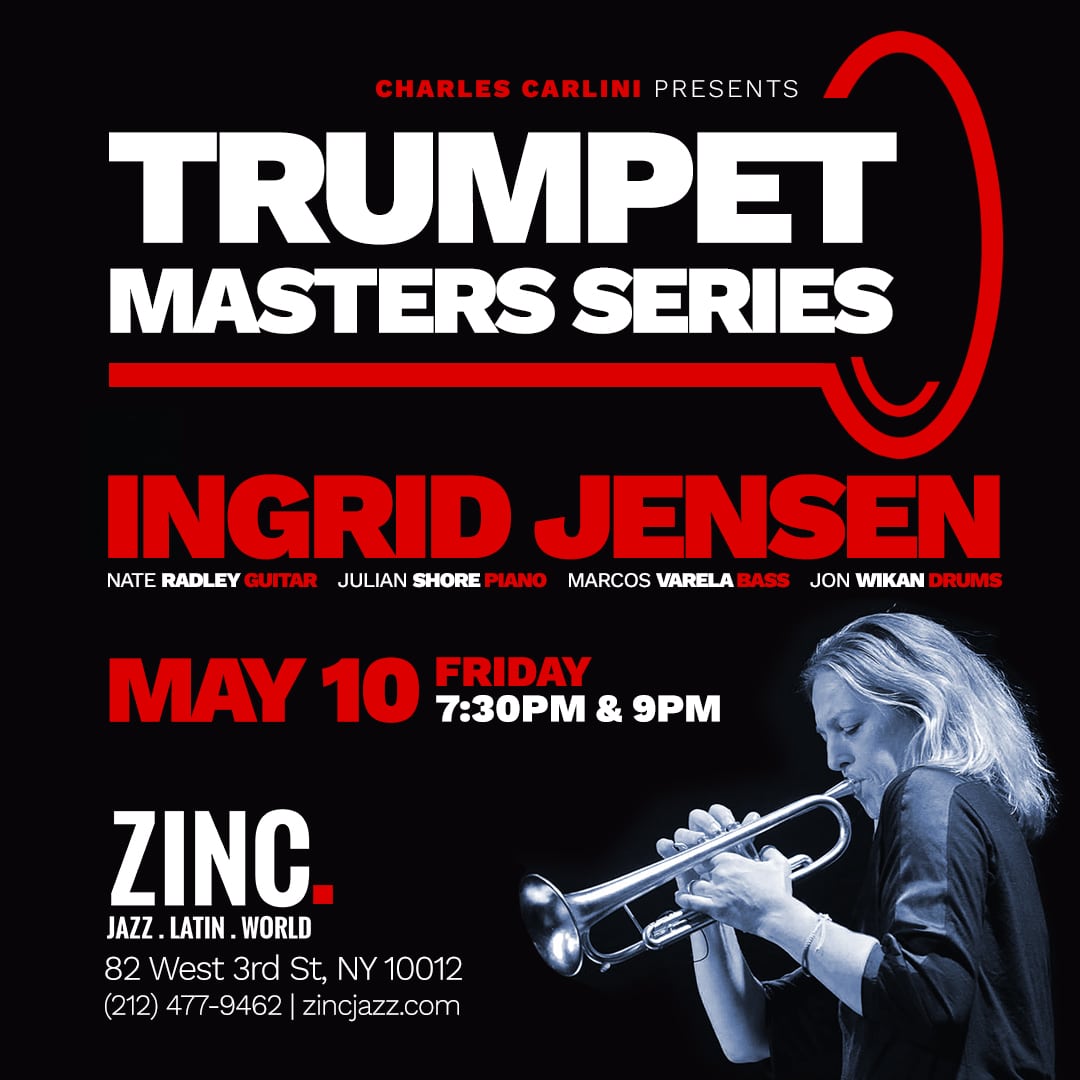 “A fiery post-bop trumpeter with a book of original tunes.” —The New York Times

Born in Vancouver and raised in Nanaimo, British Columbia, Ingrid Jensen has been hailed as one of the most gifted trumpeters of her generation. After graduating from Berklee College of Music in 1989, she went on to record three highly acclaimed CDs for the ENJA record label, soon becoming one of the most in-demand trumpet players on the global jazz scene.

After a teaching stint in Europe in her early twenties – as the youngest professor in the history of the Bruckner Conservatory in Linz, Austria – Ingrid settled in New York City in the mid-1990s where she joined the innovative jazz orchestras of Maria Schneider (1994-2012) and Darcy James Argue. More recently, Ingrid has been performing with the Grammy-winning Terri-Lyne Carrington and her Mosaic Project. Ingrid is a featured soloist on the Christine Jensen Jazz Orchestra’s Juno-award-winning album, Treelines (2011), and its successor, Habitat (2013). She has performed with a multi-generational cast of jazz legends ranging from Clark Terry to Esperanza Spalding; Ingrid has also performed alongside British R&B artist Corrine Bailey Rae on Saturday Night Live, and recorded with Canadian pop icon Sarah McLachlan. In addition to her busy sideman and featured soloist schedule, Jensen leads her own quintet, quartet, and organ trio. Her own bands have garnered glowing reviews and a loyal fan base in Australia, South Africa, almost every country in Europe, across Canada, the US, South America (including Brazil, Peru, and Chile), Japan and Mexico.