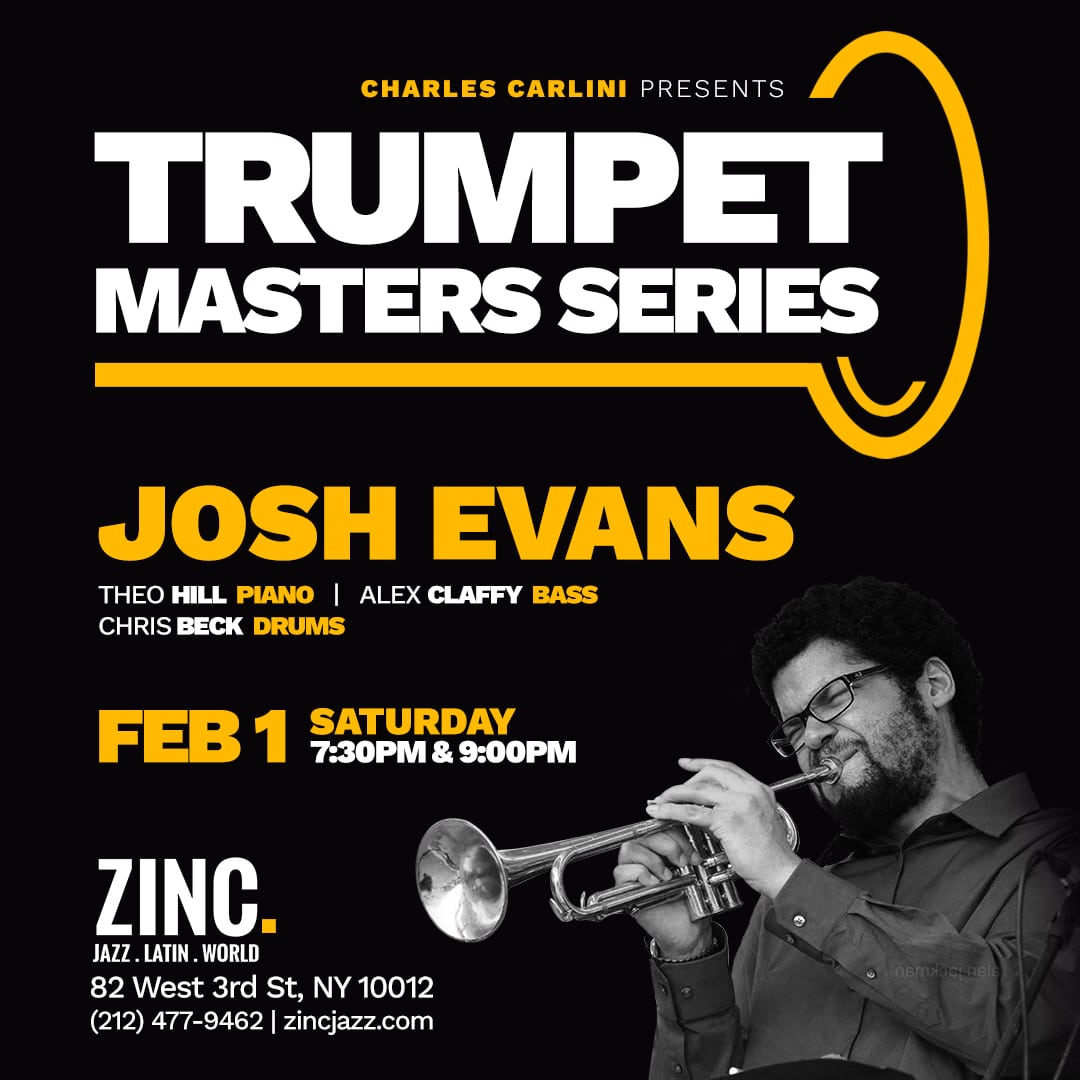 In April 2005 Josh began a Three and a half year stint with the Winard Harper Sextet, touring the United States performing and conducting masterclasses. The group personnel, at different points, consisted of Billy Taylor, Frank Wess, and George Cables, as well as trumpet players Terrell Stafford, Claudio Roditi and Philip Harper. The group would also record a wonderful album in 2006, entitled ‘Make it Happen’ for Piadrum Records. In April 2007, Josh was invited to perform a two-week tour of Siberia with master saxophonist, and composer Benny Golson. It was during this time period that Evans would also start performing with master Drummer Rashied Ali and would become the band’s trumpet player for the next two years. The Rashied Ali Quintet toured 18 different countries and recorded one CD Live in Europe. Josh Evans would play with Rashied Ali until the drummer’s untimely death in 2009. In January 2011, Josh Evans recorded and released his debut album ‘Portrait’. This Album shares Evans’s influential relationships with Rashied Ali, Jackie McLean, Raymond Williams, Alan Palmer, and Ralph Peterson.