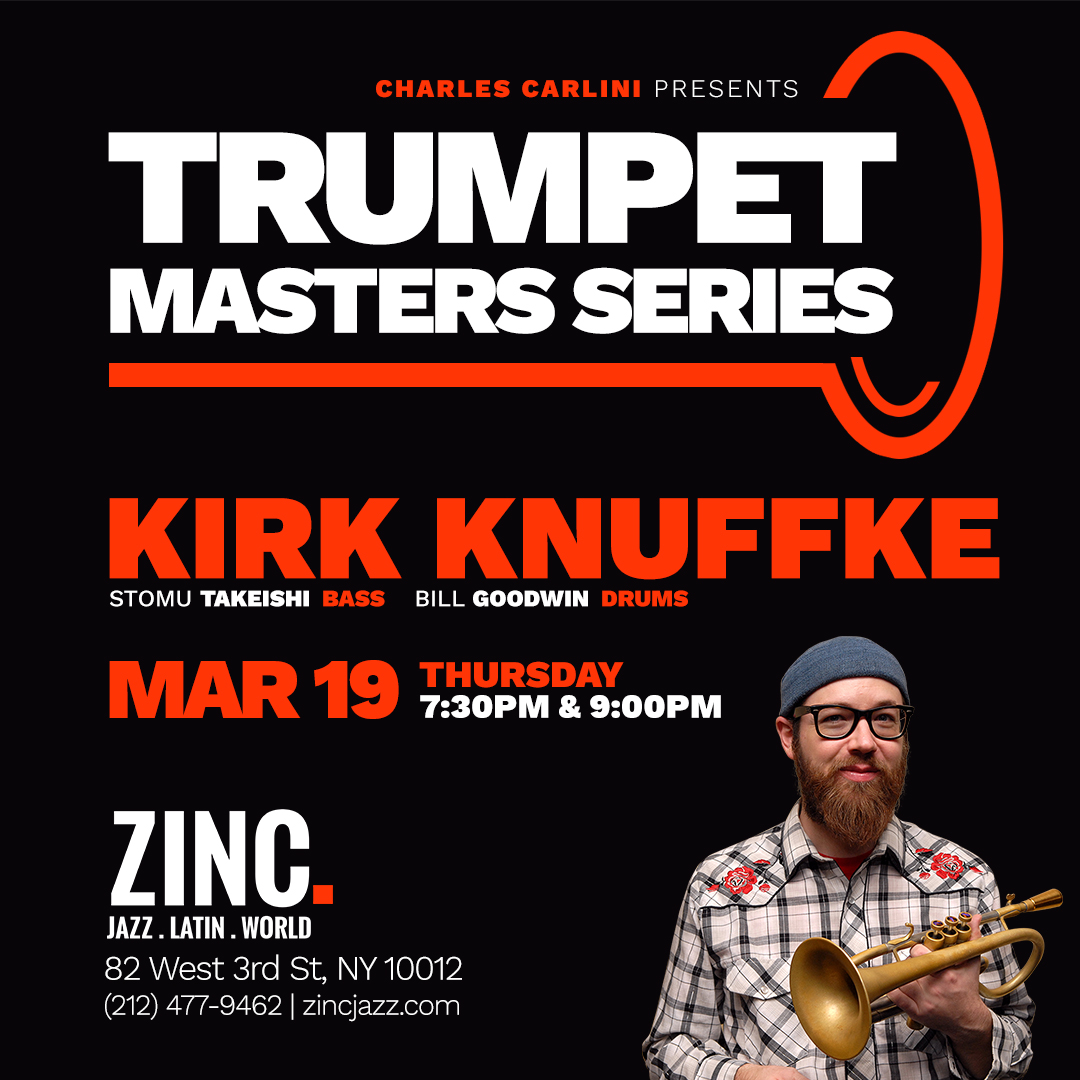 “New York trumpeter Kirk Knuffke has quietly emerged as one of the most exciting and flexible hornmen on the scene.” — DownBeat

Kirk Knuffke is the winner of Downbeat Magazine’s “Rising Star”critics poll for 2015.  A recipient of the Jerome Foundation composers grant, Kirk has released 15 recordings as a leader or co-leader. One of modern jazz’s most skilled navigators of the divide between inside and outside, freedom and swing, he has “full command of his most demanding instrument,” says All About Jazz.

Matt Wilson, Allison Miller, Butch Morris, Uri Caine, Michael Formanek and many more have hired him as a sideman for over 60 recordings, so he has been called “One of New York City’s busiest musicians” by the New York Times.